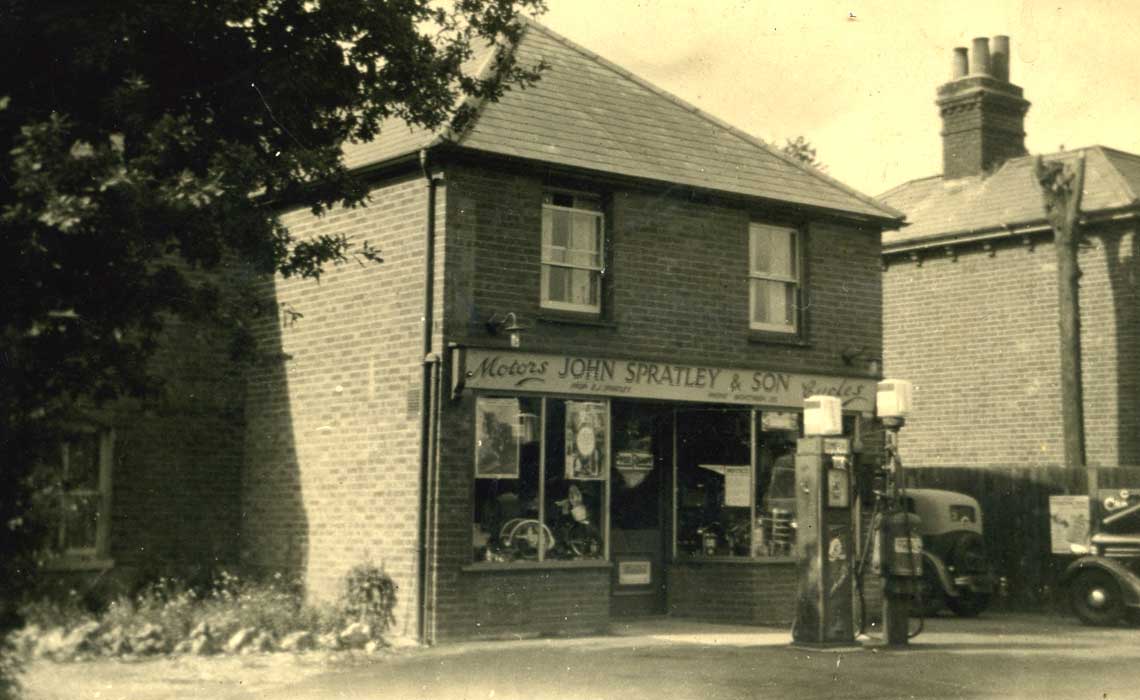 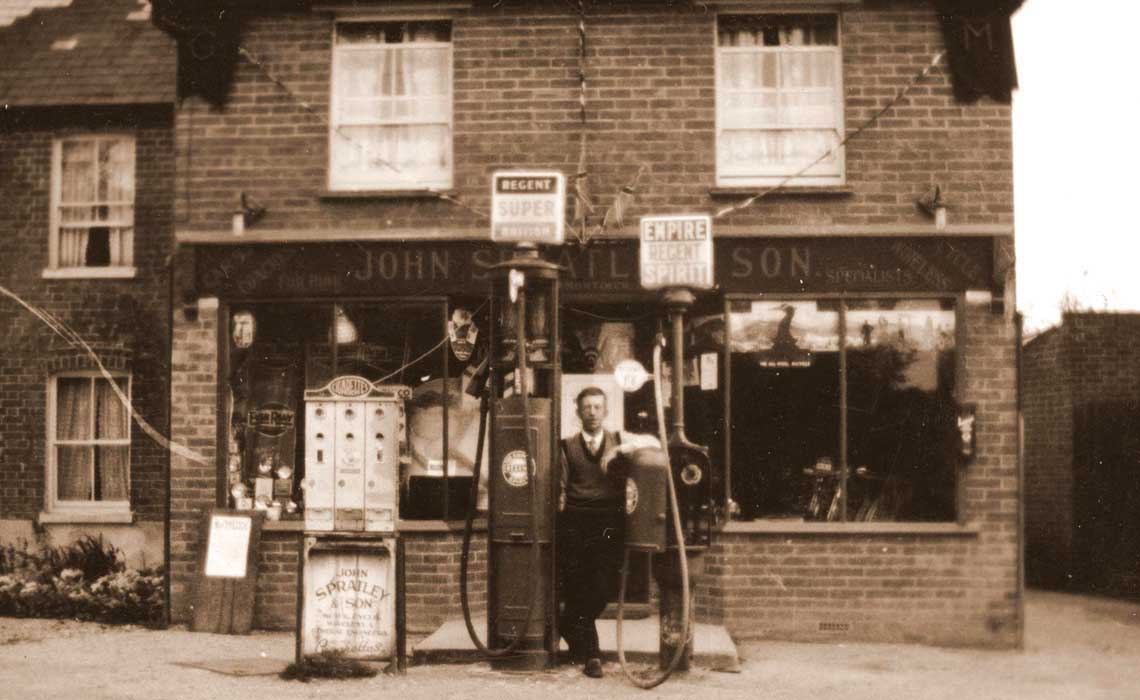 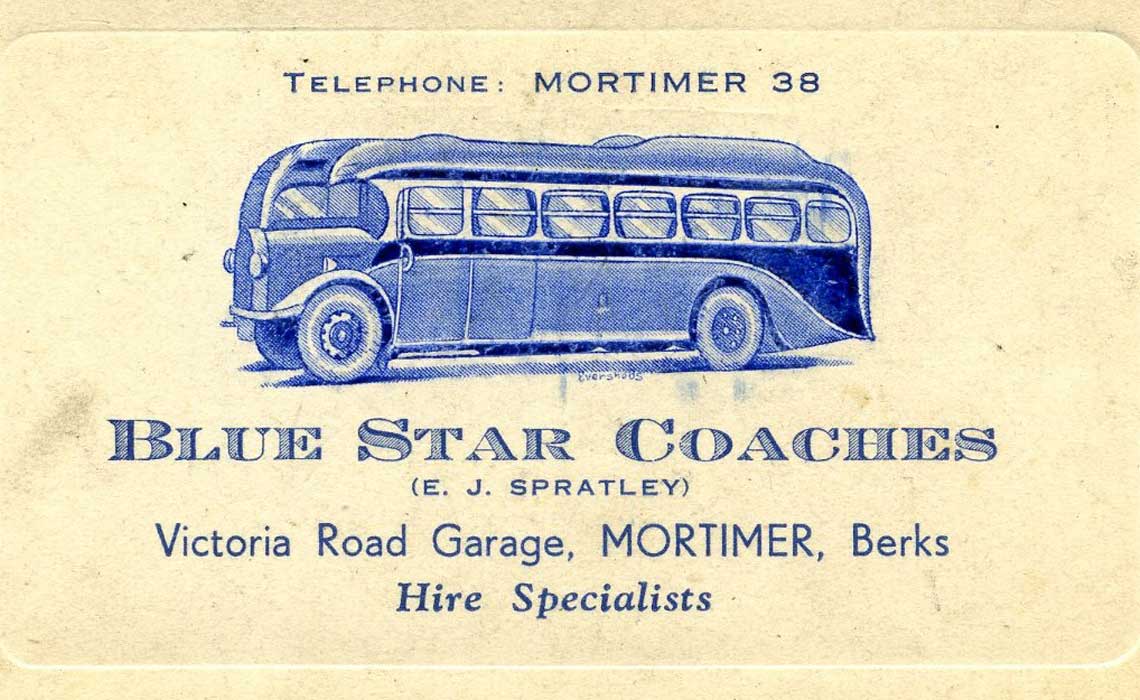 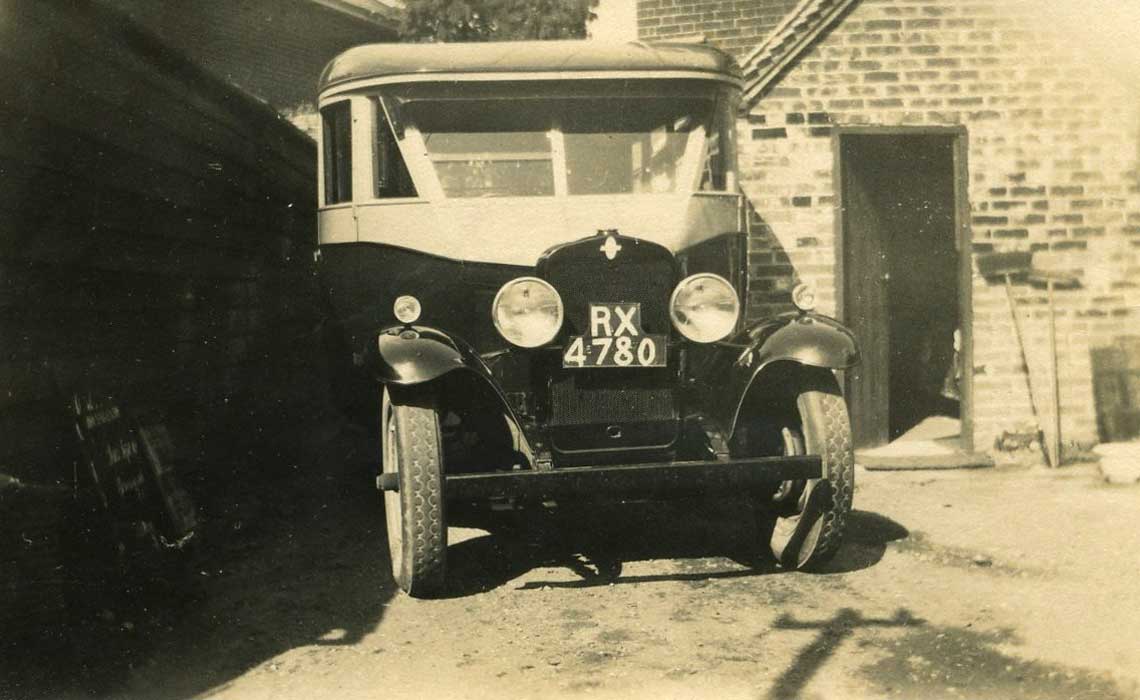 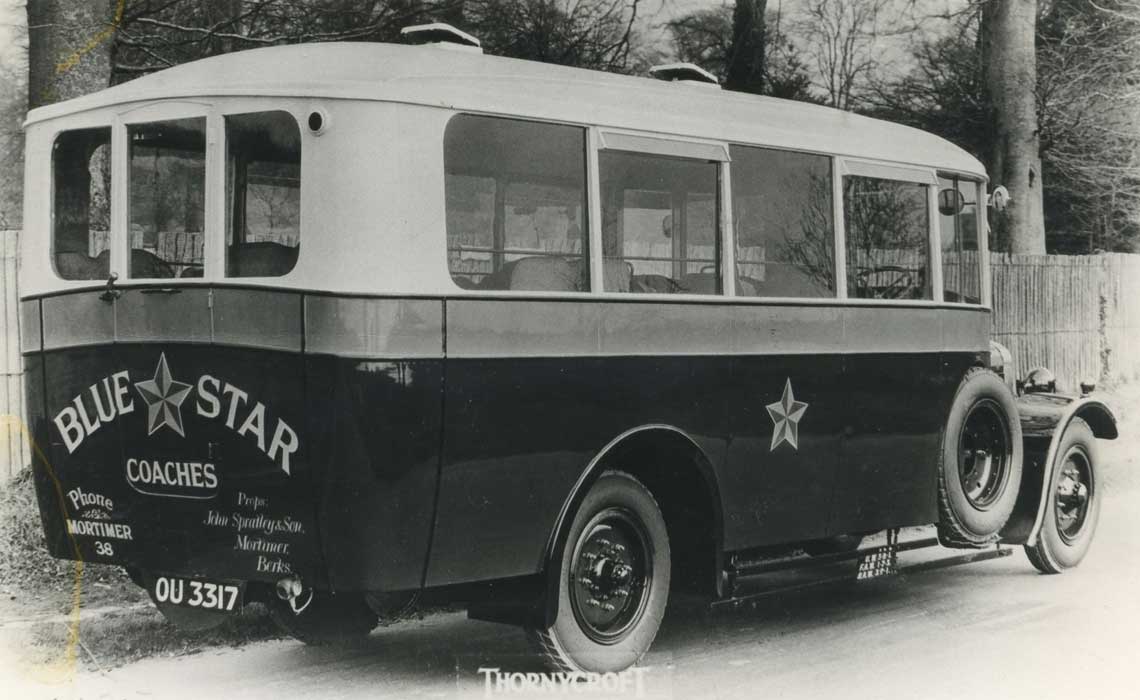 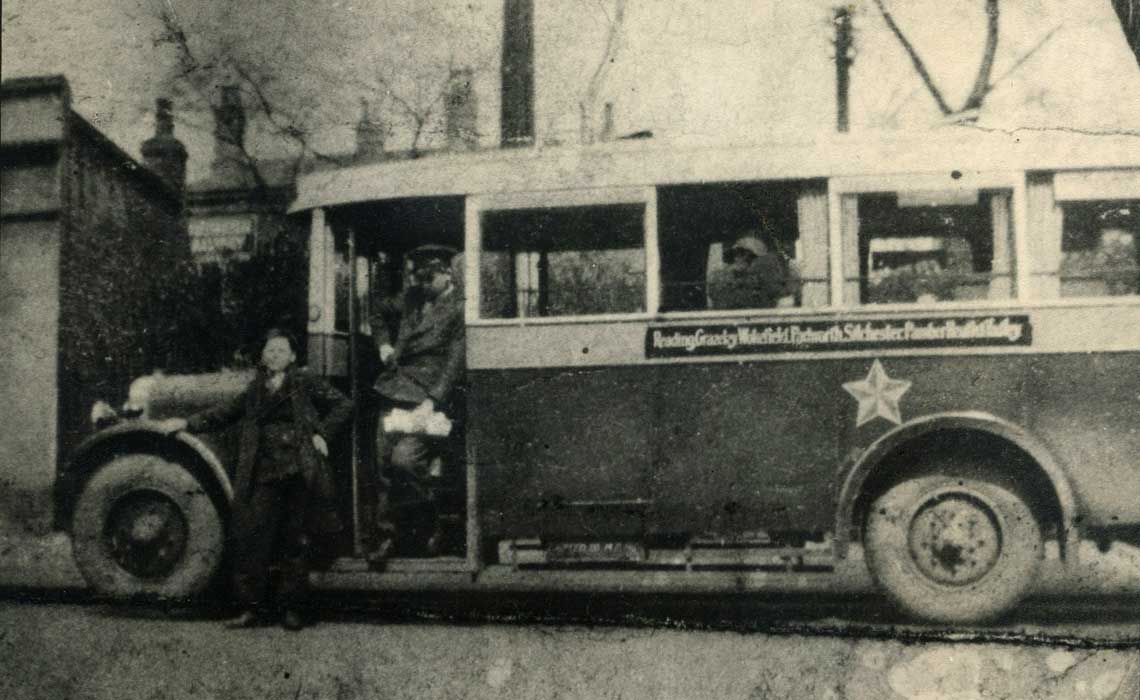 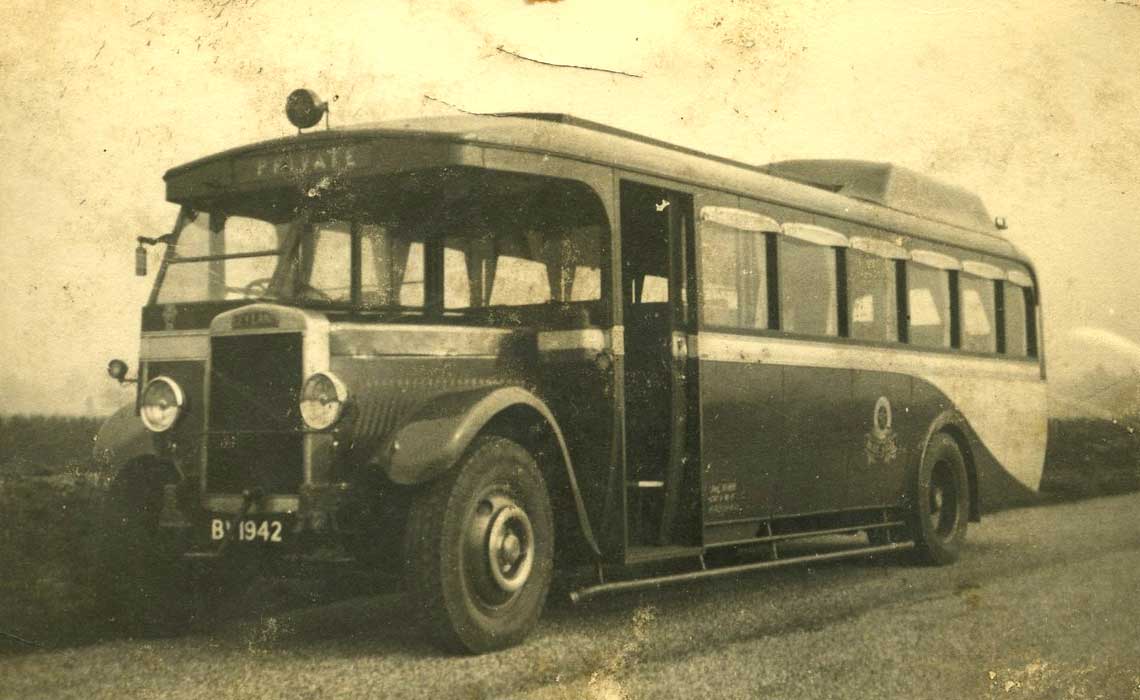 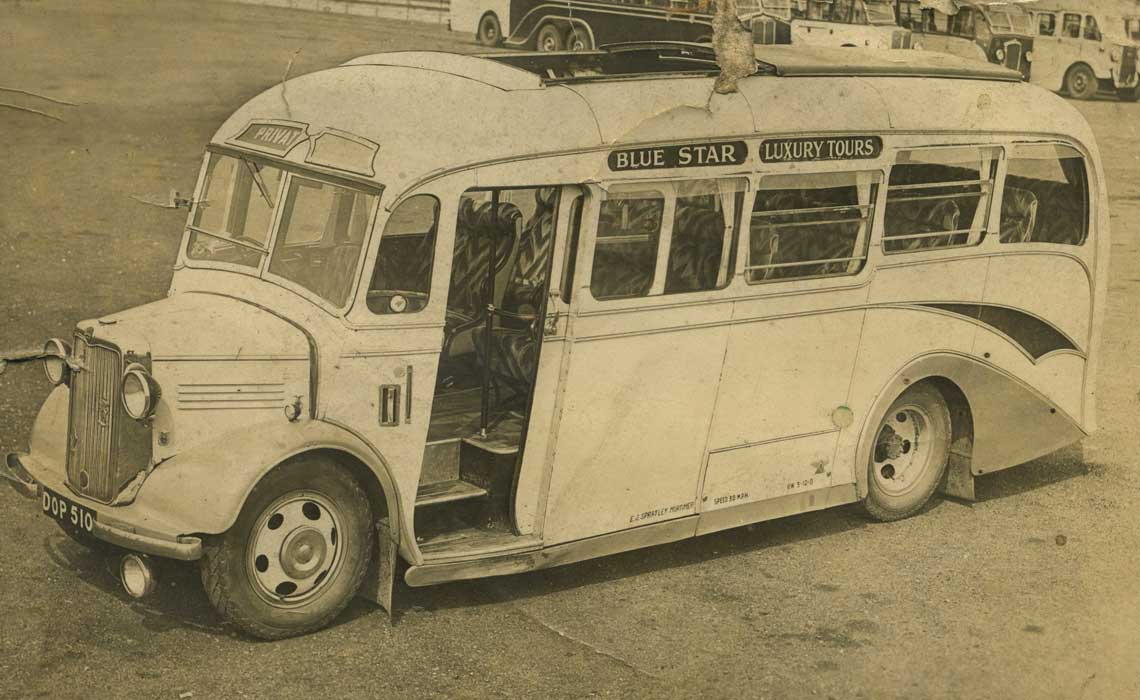 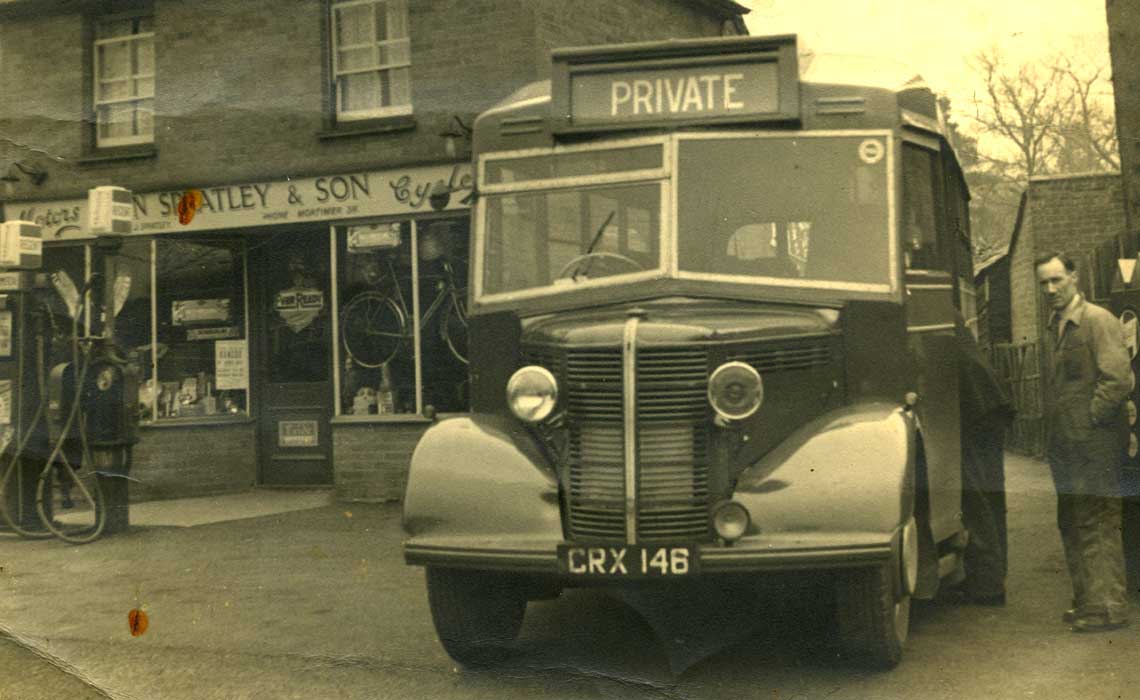 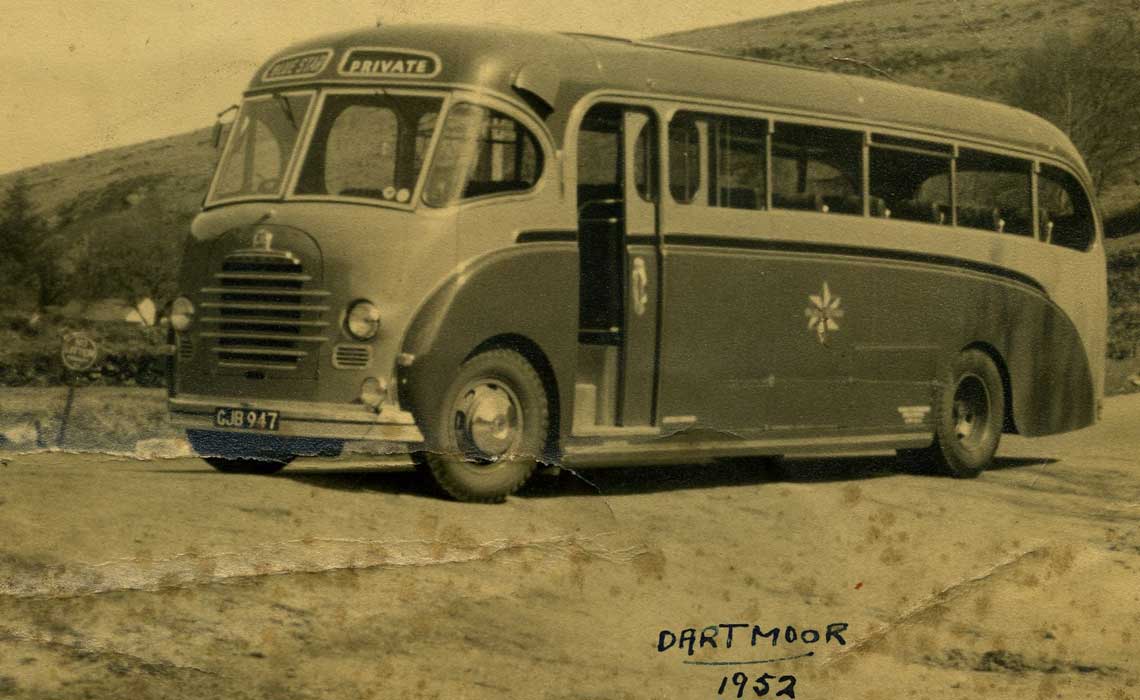 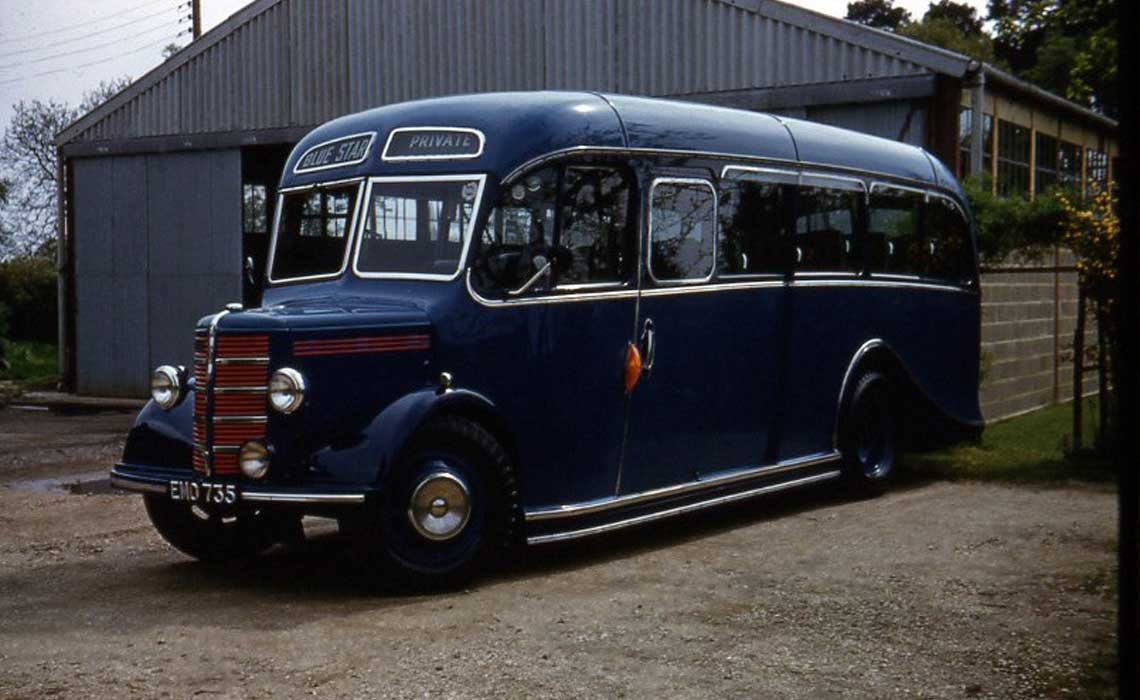 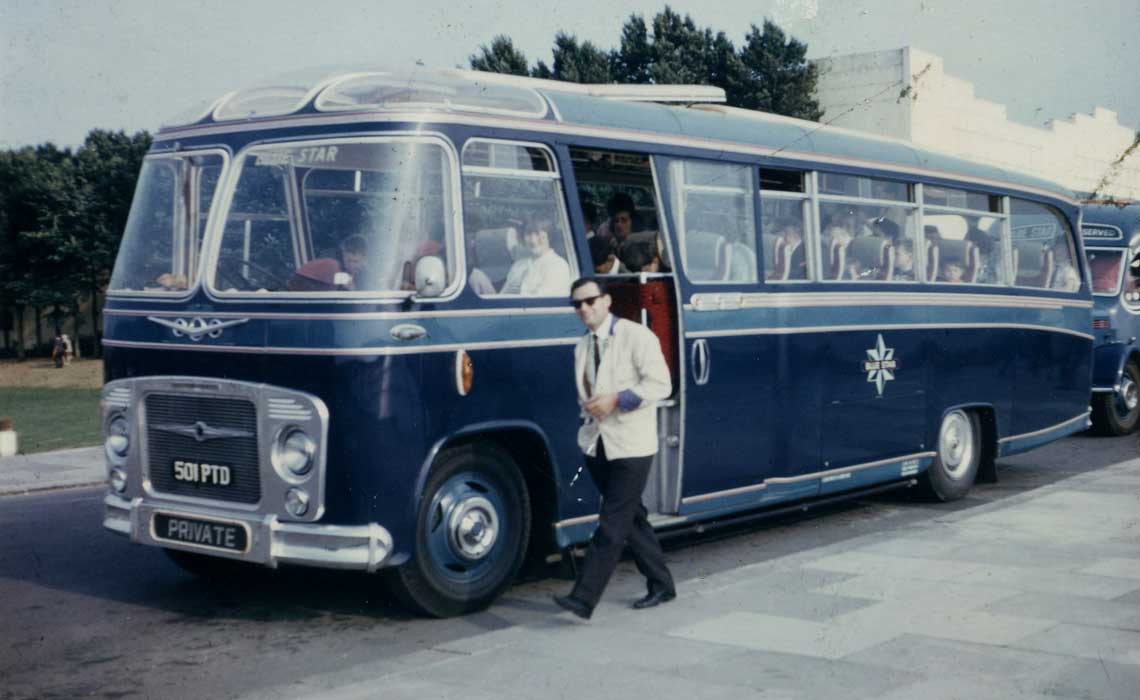 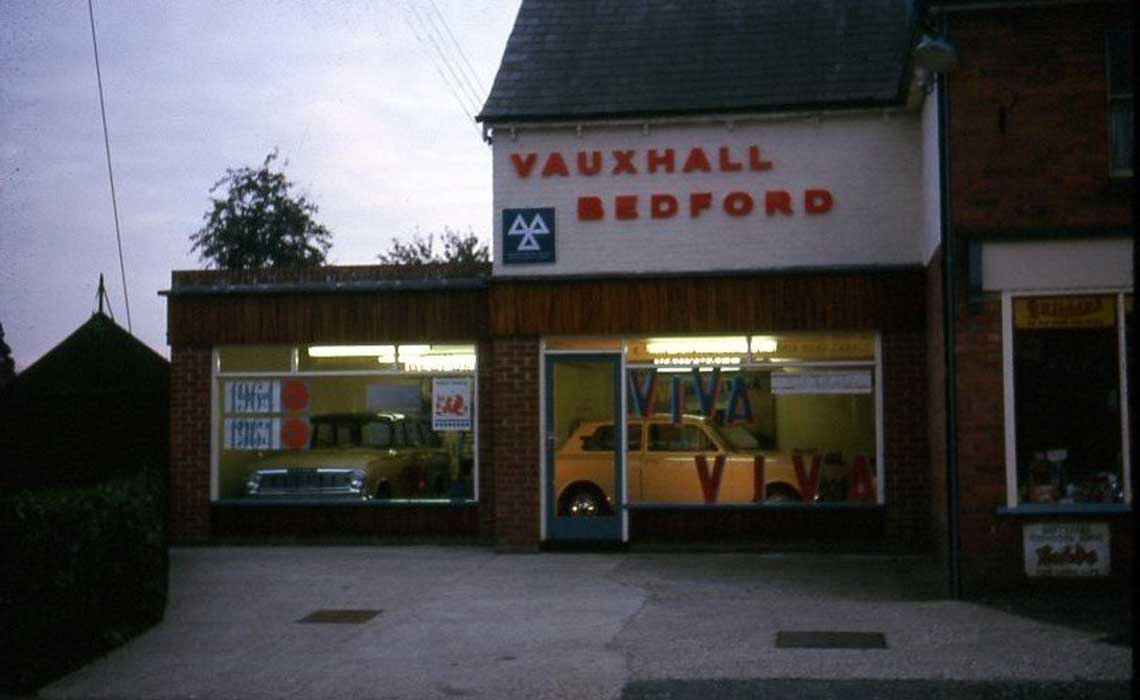 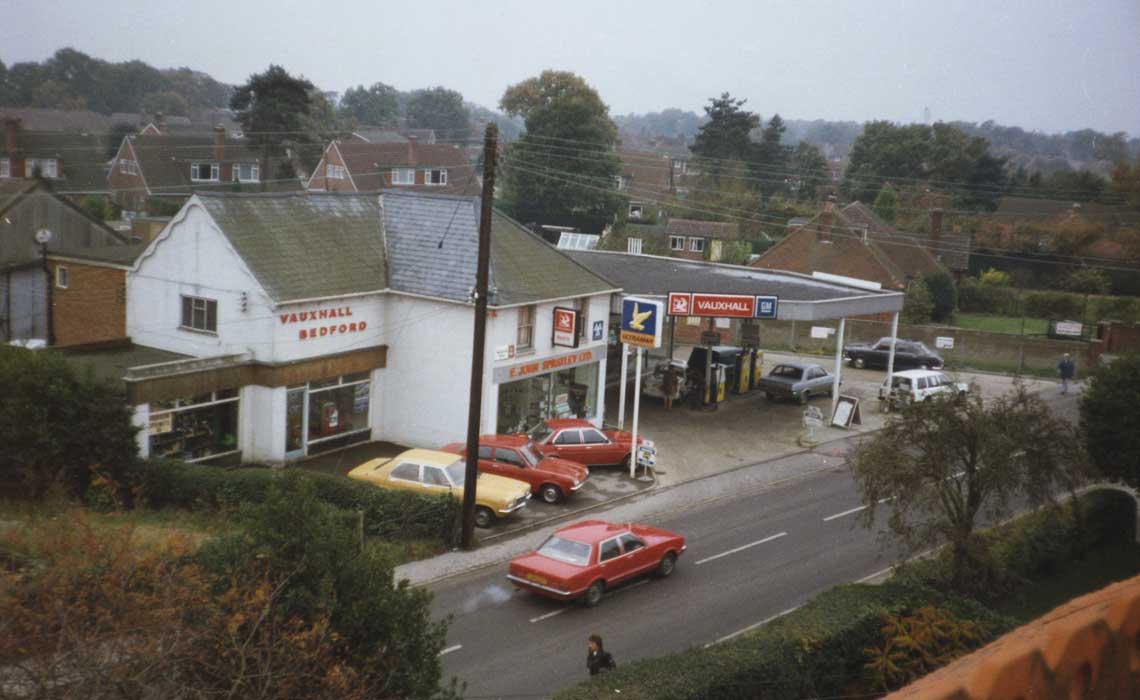 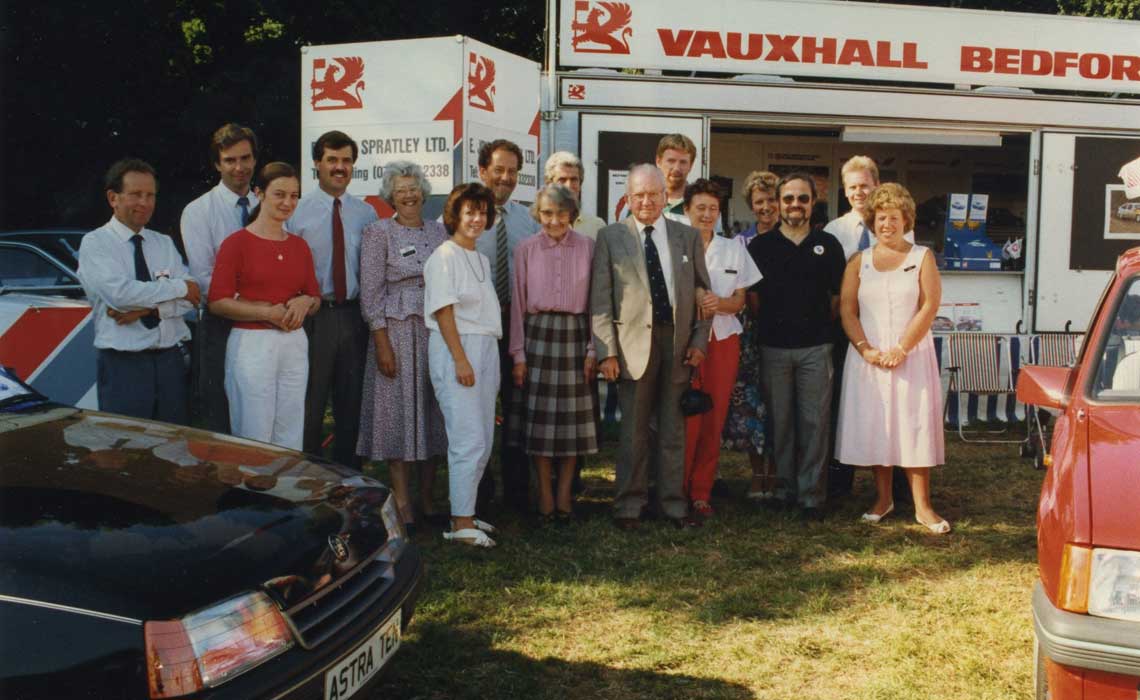 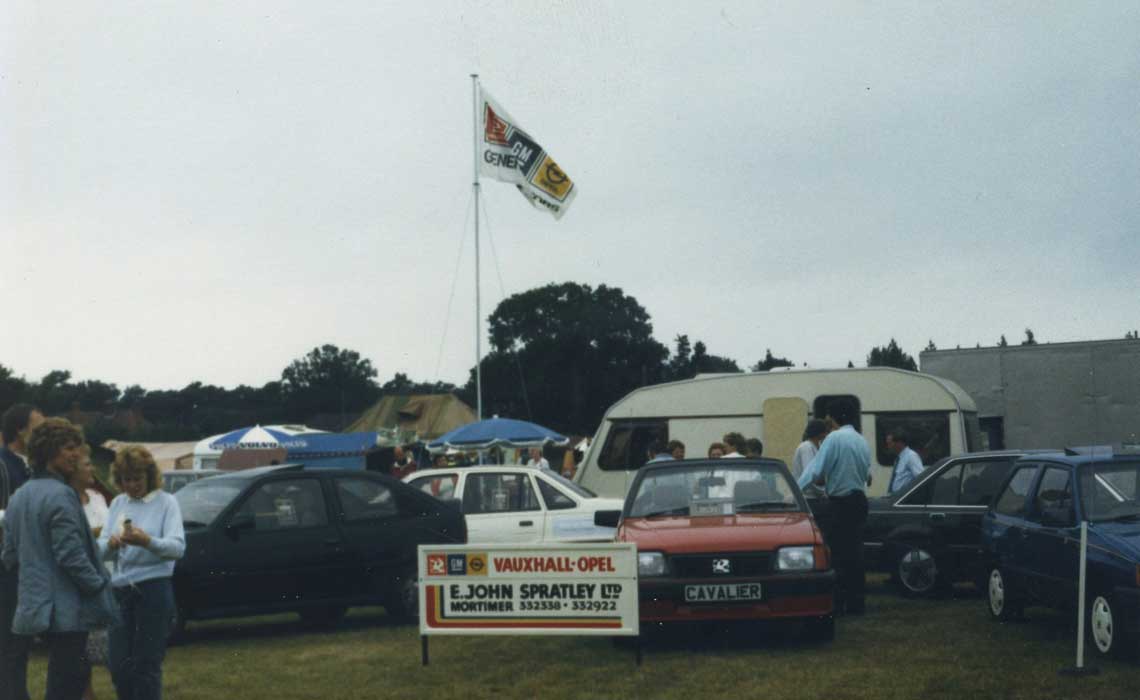 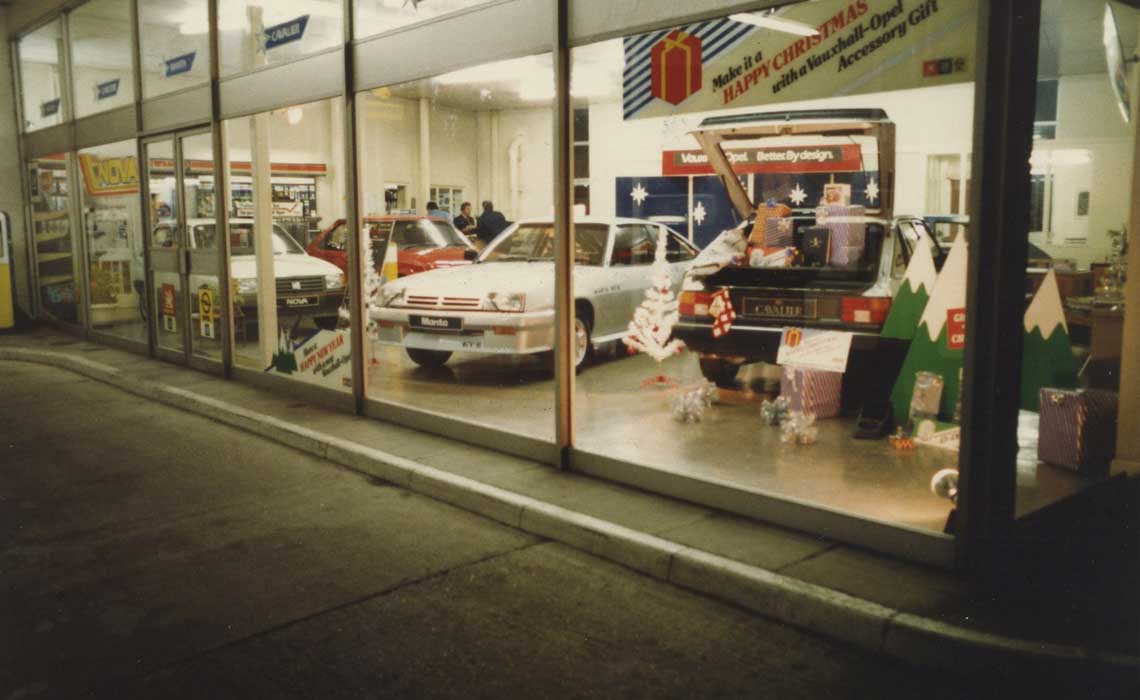 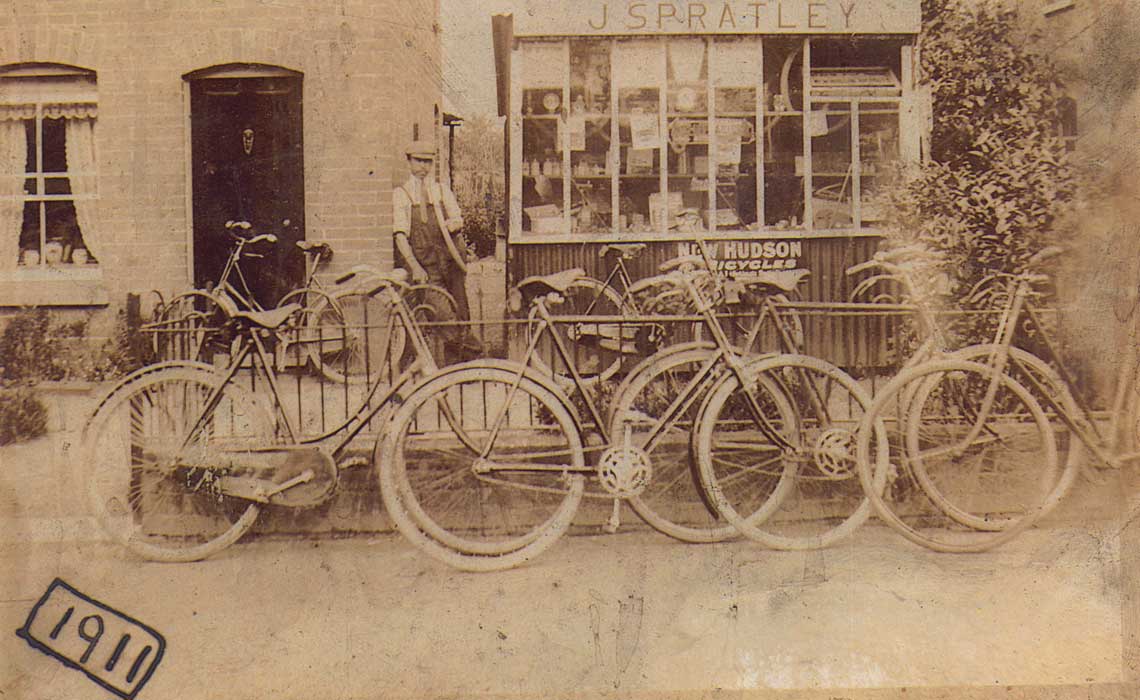 Spratley's of Mortimer has been trading for over 100 years and passed down from generation to generation. We are proud that in the current climate of here today gone tomorrow businesses (especially within the motor trade!) our company is still owned and run by the Spratley Family. We believe continuity is key to customer confidence and satisfaction.

Spratleys - Celebrating a Centenary of Transport

At Spratleys of Mortimer we are proud of our heritage; our family business has been in operation since the early 1900's and has evolved from a small cycle shop to a professional but personable vehicle servicing and sales outlet. Here's our story...

John Spratley started his cycle business in the early 1900's in King Street, Mortimer to augment his income (he was a carpenter by trade but a shortage of work caused him to seek additional work). In the 1920's John's cycle shop (which was in fact a shed!) was moved to Spratley's present site on Victoria Road, Mortimer.

The bus route, together with general garage work (including maintaining the buses) petrol sales, the cycle shop added to the diversity of the business.

Spratley's bus service was sold to the Thames Valley Traction Co. in 1938 leaving one Bedford luxury coach. The Blue Star coach business evolved and expanded from thereon and had licences to transport its customers to the most popular south coast destinations. The coach drivers doubled up as mechanics on week days, maintaining the coaches and repairing customers' cars.

In 1949 the firm John Spratley and Son was incorporated and became E. John Spratley Ltd (the E. standing for Edwin (Ted) and the John for Edwin's father). In 1960, third generation David (Ted's son) followed family tradition in joining the firm having served an engineering apprenticeship at Thornycroft's in Basingstoke.

In 1963 Ted's ambition to have a small showroom and sell new cars was fulfilled when he was appointed a Vauxhall-Bedford Retail dealer for the area. The coaching business, petrol forecourt and cycle shop ran parallel with the Vauxhall franchise over the next few years until the coaching operation was sold in the late 1960's.

In 1986 David's son Paul (fourth generation) followed family tradition by choosing to join the family firm. Paul became a director in 1990 and is now in charge of Spratleys of Mortimer (the Company's more modern trading name). Today, Paul's son Harry (fifth generation) often works in the business and is now becoming a familar face!

Over the past hundred years the business has evolved from dealing in bicycle parts and repairs, to providing public transport to repairing and retailing cars. Without doubt, Spratley's longevity can be attributed, in the most part, to the family's ability to adapt the focus of the business to meet the market conditions of the day.

Nowadays, although Spratleys specialise in Vauxhalls we also care for most other makes of cars, including services, repairs, MOTS and air conditioning. On the car sales side of the business we concentrate our efforts in providing our customers with high quality used cars (Vauxhalls and other makes) sourced from bona fide suppliers.

Spratley's longevity can also be attributed to the most important ingredient in their traditional family recipe for business success - a generous measure of good old-fashioned caring and courteous customer service delivered by the family and their professionally trained, loyal staff.